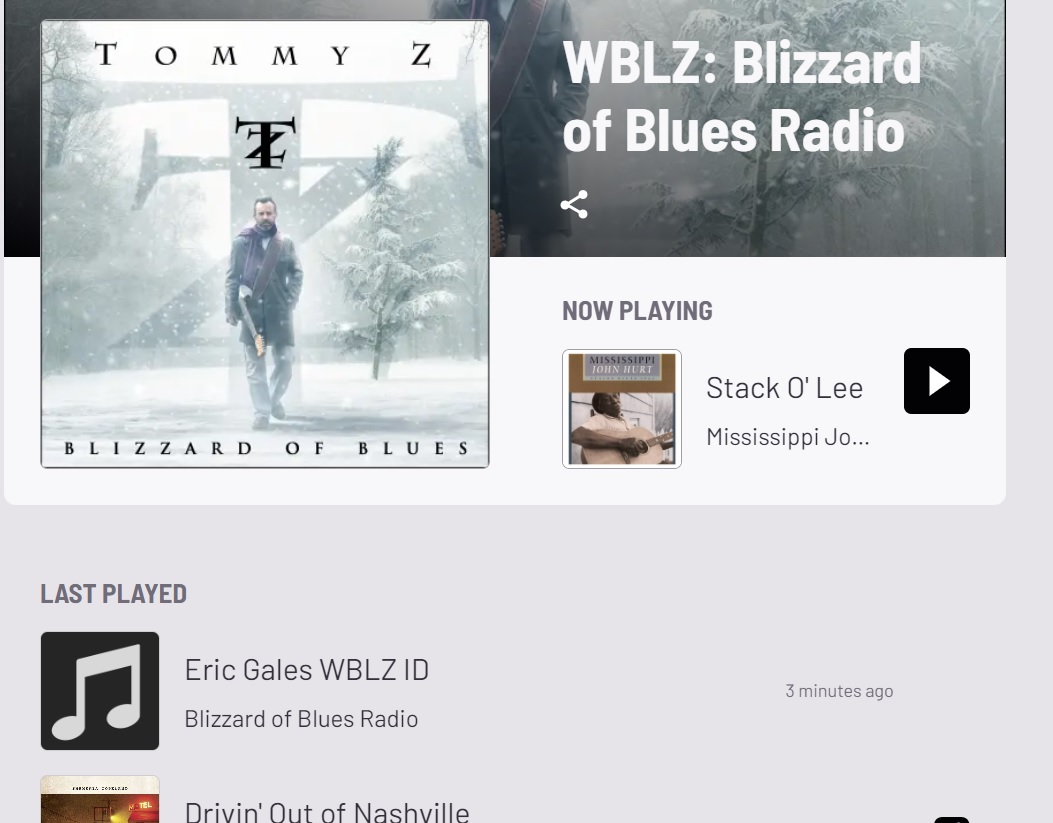 For close to seven years I've been the Saturday/Sunday blues radio host on WBFO 88.7 the NPR affiliate based in Buffalo, NY.  I have never missed a day in all that time, even while on tour/vacation. Supporting the top blues artists past and present with airplay, interviews, and show promotion was the main focus of the broadcast. With over three decades of being intimately a part of the blues world locally, nationally and internationally as a performer this was a perfect fit. Some months ago my 5 hr. Sunday show was abruptly cut and I was moved to Saturdays, but for only 2 hours. Instead of a blues show on Sunday, the station opted for canned repeats of Ted Talks, All Things Considered, etc.  On top of losing 3 of programming, I was told I was now strictly limited to 90 minutes of setup time for my weekly show. With sometimes 10 or more new releases each week at around 45-60 minutes each to listen to in real time, emailing and talking with labels, artists, publicists, social media management, etc. my hands were tied. How do I do all that, plus the show production, 30-60 minute interviews with artists and then edit them all in 90 minutes? It's not possible. I wasn't happy, and the show suffered. Not to mention Saturday night is for live music, so who's sitting at home by the radio/computer/smartphone?  I know I'm not, I'm usually onstage somewhere.  It just wasn't working.

Sat. 6/25/22 was my last time on the air with WBFO for the foreseeable future.  I did not have the heart to produce another show for them.  We parted ways amicably and have left things open for the future.

Just a few weeks back, 4-time Grammy winner Tom Hambridge told me, "Buffalo needs your blues show Tommy." I think he's right and I didn't want to stop bringing you the best in classic and contemporary blues music, so I have partnered with an iHeart Radio affiliate who is one of the biggest independent broadcast providers on the internet to bring you WBLZ: The Blizzard of Blues Radio station! Instead of just Sat. and Sun. this is a 24/7 station that is FREE and I will be doing some hosting again on it periodically.  This show streams worldwide and has at least twice the audio quality of WBFO's online stream.  I already have committed advertisers to promote things related to the show (upcoming concerts, etc.).  WBLZ first started broadcasting on 6/29/22.

This is all out of pocket for me, I am not getting paid hourly by a company like WBFO anymore to keep bringing you this content like the interviews with Jimmie Vaughan, Samantha Fish, Sue Foley, Eric Gales, Tommy Castro, etc., the stories behind the music, the concert promotion and of course the 24/7 music itself. It's gonna take a bunch of supporters to keep this going every month and I hope that you'll be one of them. There are some different tiers and incentives for each one.

I feel the songs in rotation are among the best in classic and contemporary blues music...a veritable Blizzard of Blues.